A Star is Scorned

I am currently Visual Effects Supervising on a short film titled "A Star is Scorned", Directed by Zac Stoltz and Produced by Max Kehs and Daniel Aspromonte. The film is being shot on the Arri Alexa camera and will require green screen replacement for the car windows to show exterior scenery as well as compositing GPS and cellphone displays. Here are some low-res pictures from last week's green screen shoot. 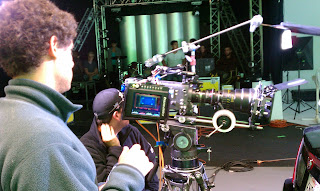 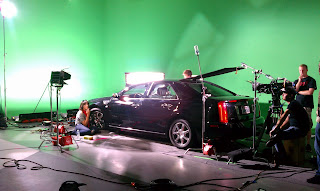 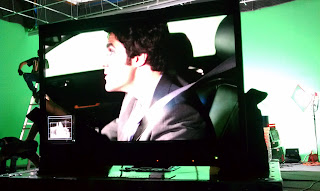 Two months ago, I was given the wonderful honor and opportunity of being able to present some of my animation to DreamWorks animator Dave Burgess for a critique! I am so very thankful! He had some great tips for improving my work and I have been revising my animation with the additional help of my professor, Mark Farquhar, at California State University, Northridge (CSUN). The revised version is now being exhibited at the inaugural "DreamCrit Art Gallery" from May 1-16th, 2012 at both DreamWorks Animation-Glendale and PDI/DreamWorks Animation--Redwood City.


I am very thankful for all of the continued support both DreamWorks and CSUN has give me in improving my animation.


More about the Animation:
This is a piece of character animation I did in Maya with a character rig that was given to me. I am trying to portray a person who works for a mob. This character is seen sitting at a bar and has had a drink with their friend (off-screen). Prior to the line of dialog, the friend states that their boss (the mob leader) wants to "give the two of them a chance to get their story clear," regarding their recent loss of a large sum of the mob's money. The dialog is the main character's response to his friend's statement. The dialog states: "Give us a chance to get clear, eh?...huhm...Remember what happened to Fitzsimmons..."

With this piece, I am trying to accomplish character animation with a solid lip-sync and subtle animation that displays character.